Sowing seeds directly into the soil

Just put a seed in the soil, add a little water and sunshine!

Some vegetables really can be sown directly in garden soil and produce a flavorful addition to the dinner table. No indoor seed-starting, no lights, no transplanting. Just sowing seeds in the soil and caring for them.

These are great crops for introducing gardening to children. Children are overjoyed to see the results of their planting and watering, and a child will eat the most amazing things if they grew them with their own hands.

How to Grow Direct Sow Seeds

Direct-sown plants have the same basic needs as all vegetables: full sun (eight hours a day); rich, well-drained soil into which you’ve dug lots of organic matter such as compost; appropriate amounts of nutrients, from compost and, if needed, fertilizer; and water.

Follow the directions on sowing seeds from the packet. In order to do that, you’ll need to know your “last frost date.” This is the date when, on average, the last frost occurs in your area, and most planting instructions revolve around it. Call your local cooperative extension office (find an office here) or ask an experienced gardener in your neighborhood. It’s important to get advice from nearby because the last frost date can vary quite a bit over a short distance.

Direct-sown vegetables will take a week or two to sprout (“germinate”), depending on the weather, so don’t despair if you don’t see any action for a while. Just keep a close watch on your garden for the first hints of green.

It’s a good idea to direct-sow vegetables in straight rows. That way, you know that anything that sprouts outside the row is a weed.

Radishes. These little roots are zippy in more ways than one: They have a peppery taste, and they mature to eating size faster than anything–in three to four weeks. Some people have negative associations with them, having encountered too many too-pungent old radishes at the salad bar. But there are very mild varieties of radishes, and they come in white, pink and pale purple as well as the familiar ruby red. You can cook radishes as well as eating them raw in salad or as a snack. Sow in batches, starting about two weeks before the last frost. You can replant starting in late summer for fall harvest, but don’t try to grow radishes in hot weather. 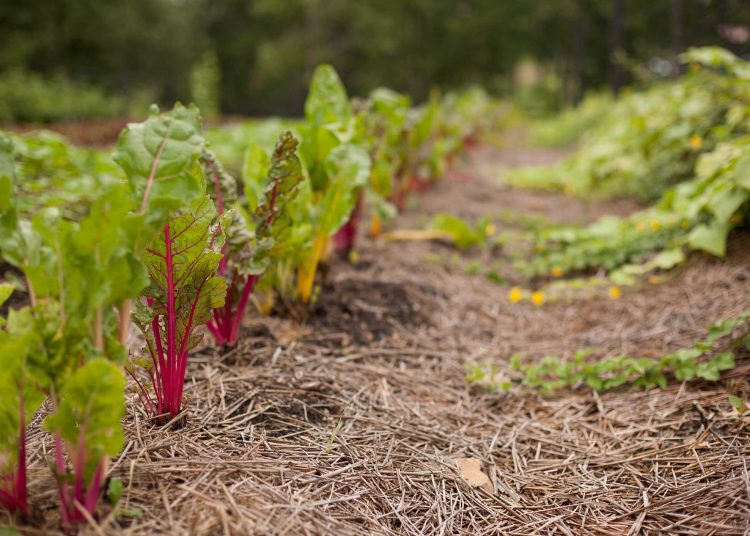 Leaf Lettuce. These salad greens usually can be sown in the garden starting a week or so before the last frost date. Don’t sow all the seed at once; sow three or four batches about two weeks apart in different sections of your lettuce plot. As the different batches get big enough to eat in sequence, you will keep salad coming over a longer period. In southern areas of the country, lettuce is an early spring, fall or even winter crop; it does not do well in hot weather. Crisphead and iceberg varieties of lettuce are much more difficult to grow than leaf lettuce and best left to commercial farmers.

Carrots. Have kids sow these edible roots about a week or two before the last frost date. They should wait six or seven weeks before pulling one up to see whether the root is ready to eat; most varieties mature in 55 to 70 days. But don’t leave carrots in the ground so long they get big and woody. Like most root vegetables, they are most yummy when young. And like all root vegetables, carrots do best in very well-drained soil free from rocks, which can make them crooked. Amend dense, sticky clay with lots of compost and perhaps even some sand. You can plant a second crop of carrots in late summer for fall harvest.

Peas like the cool weather of spring, or, in the far South, they can be grown in winter. For a spring crop, sow in the garden about two weeks before the last frost date. Peas are a clinging vine, so be sure to provide a trellis, a pyramid of bamboo stakes, a wire fence or some other support for each vine to clamber on. Or buy varieties labeled “dwarf,” “compact” or “bush”; they will produce fewer peas, but won’t need support. Sugar peas and snow peas are two kinds with edible pods. Young pea plants have sensitive roots, so avoid weeding around them until they have a good start.

Corn needs warm soil to germinate, so don’t sow it until about a week after the last frost date. In short-season areas, look for a variety labeled “early” that will mature relatively quickly. You need space for a block of at least 12 plants to ensure that corn flowers pollinate each other; plan on getting one to two ears per stalk. Tradition holds that before European settlement, Indian farmers planted the “Three Sisters”: Sowing corn seeds in a hill of soil (for good drainage); beans planted next to the corn a few weeks later, to climb the cornstalk as it grew; and squash between the hills, so its sprawling vines and big leaves would shade out weed seeds (like peas, corn has delicate roots near the surface than can be damaged by weeding). Be warned: This “Three Sisters” arrangement takes up a lot of space in a garden.

The best roses for your garden