Cucamelons are very easy to grow and will vine up anything vertical to a height of up to eight feet. The small watermelon looking fruits are crunchy but another gardening pal has warned that the skins can become tough if the fruit is left too long on the vine. Once you have a plant, place it in a sunny spot, ideally with protection from wind.

Tigernuts are a grass that grow loads of sweet tubers under the ground, similar to peanuts. They can be grown in temperate climates but are found more often in warmer areas. In Europe, this African edible is traditionally grown in Spain, where it was introduced by the Arabs.

Said to taste of a combination between almonds and coconut, Tigernuts are best grown in containers in a warm and sunny place. If your summers don’t match those of Spain, it might be a good idea to grow your Chufa in a greenhouse.

White strawberries, also called Pineberries, came onto my radar a couple of years ago. They’re not genetically engineered but rather a rediscovered old variety. The colour of these berries is certainly intriguing but it’s functional too – I’ve not had any problems with birds eating them at all. As for taste, I’d say they are slightly less sweet than a strawberry and have a citrus kick. Others say that they taste like a cross between strawberries and pineapple.

This odd type of broccoli is a lesson in fractals and its swirls of green spiky peaks are a wonder to see. I remember them being marketed as ‘Broccoflower’ when they first came out and the flavour isn’t too far from that description. Romanesco broccoli is as easy to grow as other brassicas so treat them like you would your cabbages and cauliflower. 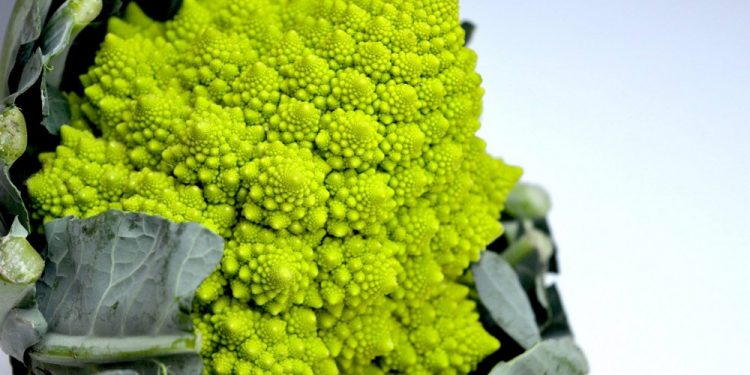 Though they’re not as sweet as red varieties, golden raspberries look great mixed with their more rosy cousins. Their novel colour is functional too — I’ve noticed that mine are less bothered by birds and guess that the yellow fruit looks unripe to them.

Raspberries are best grown from plants purchased either bare-root or potted up. The former can only be planted out in the dormant (winter) season but if you get one growing in a pot you can put it in the ground at any time of the year. The other way to get raspberries is from a friend – the plants can be invasive with their roots constantly exploring and branching out from their original spot. These runners will need to be removed anyway so gardener pals will likely be happy to give you some of them to establish your own patch.

This rather large radish has green and white skin and a vivid magenta interior. Unlike other radish varieties, you need to sow this one in late summer or autumn as it tends to bolt when sown too early. Pull them up during the cooler months to use grated into winter salads or pickles.

These South American pods that are nicknamed ‘Fat Babies’ are very easy to grow in temperate climates. Achocha will cover an entire wall if you let them and their green pods with their silky and soft spikes taste like a combination of cucumber and green bell pepper. Since peppers need warmth and tend to be grown in greenhouses in Britain, Achocha are the perfect alternative. They’re profuse, can be grown outside, and are fantastic in stir-fries and any other dish you’d normally use peppers in.

Vegetables to harvest on autumn